Quantum mechanics is logical. By logical, I mean that the assumptions, the principles, the equations, and the empirical data all fit together. They don’t contradict each other.

However, quantum mechanics (QM) does not fit with the assumptions and principles of classical physics (physics prior to 1900 that we learned in high school). QM is the description of the quantum world. Classical physics is the description of the macroscopic world—the world of tables, chairs, apples, etc. The two worlds are described by two different systems of assumptions, principles, equations, and empirical data.

If we attempt to view the quantum world while retaining classical assumptions and principles, the quantum world seems full of paradoxes. For example, classical physics is based on the unspoken assumption that when an object changes position from Point A to Point B, it traverses the distance in between. This assumption is violated in the double slit experiment of quantum mechanics (QM). Another assumption of classical physics is that if one knows the initial conditions of a system, one can calculate its evolution through time. Due to the true randomness in the behavior of individual quantum particles, QM violates this assumption. 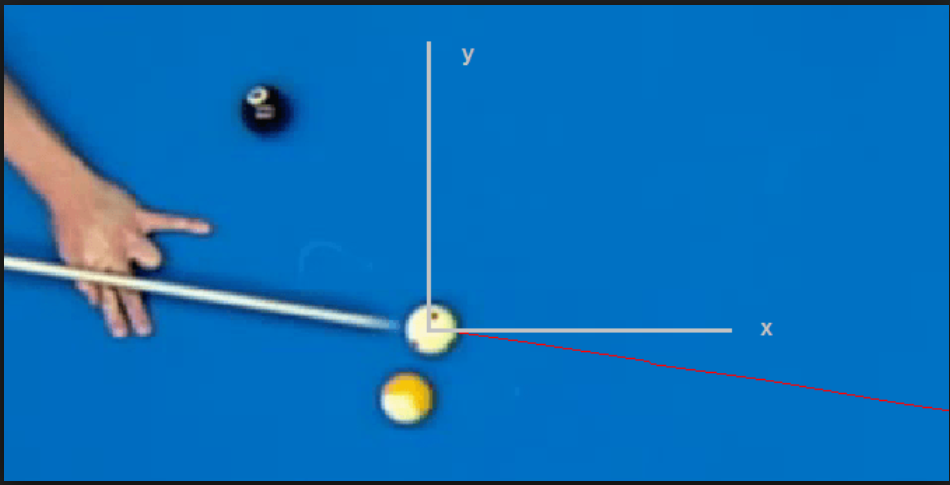 Classical physics tells us that if we apply a specific force to a billiard ball, we can predict exactly where it will roll. This is called the billiard ball model of physics.

Neither system is particularly intuitive. Newton’s First Law isn’t intuitive: no forces are needed to maintain an object at a constant velocity. Or gravity – Newtonian gravity is action-at-a-distance. Neither Newton nor we are able to describe the underlying nature of physical reality such that action-at-a-distance occurs.

But the principles of classical physics fit together into a self-consistent logical system. Classical physics was also consistent with experimental data until the late 1800’s. That’s when scientists started investigating atoms and the interiors of atoms. And, that’s when they need QM.

QM can be seen as describing a sublevel of reality which operates on different assumptions from those of the macroscopic world.

The green film represents ordinary reality as we perceive it with our senses. The red grid represents the quantum world, a sublevel to our reality. A wave travels through the quantum world (red grid) and creates a particle (dot in the green film colored orange or blue) in our perceived reality. [Image source: stills from Fermilab video by Dr. Don Lincoln, “Quantum Field Theory” (in the public domain) Jan. 14, 2016; See the video below.]

The quantum world is a sublevel of reality in the same sense that computer programmers work at a sublevel of a video game. Before they key the program into the computer and see the “macroscopic” world that they’ve created, they follow rules different from those that the characters in the video game follow. The programmers can program a character to exit screen left and enter screen right—no need to traverse the distance in between. The programmers can correct an action in an earlier “frame”–no need to go back in time—they just re-type some symbols.

Later, when the game is actually playing on the screen, the characters follow different rules, more like those of our macroscopic world. For example, a character in a video game can’t correct one of her actions by going back in time (unless it’s a sci fi game).

[For more detail on the idea of the quantum world as a sublevel of reality, see this excellent short video by Fermilab. Also see the entry for quantum field theory in the quantum physics encyclopedia for laypeople QuantumPhysicsLady.org.]

Some interpretations of QM are better than others at logical descriptions of reality. The Copenhagen Interpretation, the original interpretation, doesn’t even try. The slogan of this interpretation has come to be known as “Shut up and calculate!” In other words, physicists use the highly useful math of QM in developing things like computer technology but don’t worry about the implications for the nature of reality. They know that the implications are self-consistent if we confine our attention to the quantum world; but they’re not consistent with the laws of Newton that describe our experiences in the macroscopic world of tables and chairs.

In short, QM follows its own logic. As long as we don’t make assumptions based on our everyday experience or on classical physics, QM makes logical sense of experimental results.